5 Cheapest Cities to Live in Germany 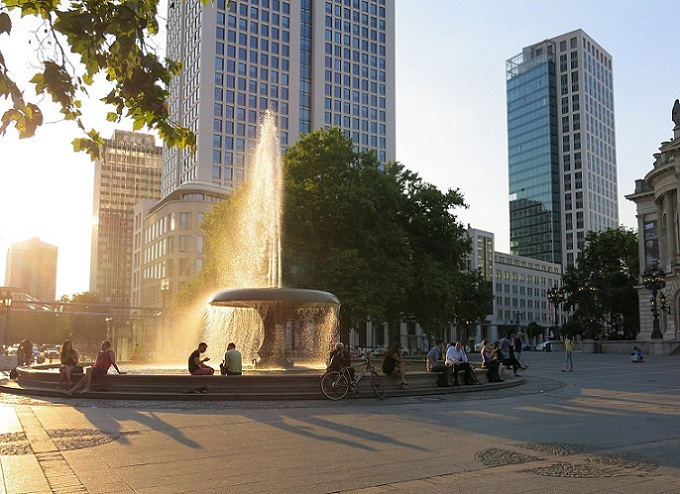 The cost of living in Germany is quite affordable. But to you as a student every single cent matters and it is normal if you aim to save as much as you can.

To a large extent, the place you choose to reside in Germany will indicate a large part of your spendings, thus it must be a priority in your financial strategy. Said otherwise, if you live in Munich, which is one of the most expensive areas in Germany, you will hardly save any money and the cost of living will be high no matter how much you try to keep control over it.

If you’re a student who’s looking forward to studying in Germany and wants to know where you can find the cheapest cities in Germany, below we’ve made a list of the top five cheapest German cities.

Note that most articles on this topic aim to focus on one single factor like for example rent prices, but that is insufficient and surely not an accurate description of what the cost of living in that particular area is.

To get this list we’ve taken into account the cost for several items and services, particularly rent, food, and utilities.

Below is given the list of the top five cheapest cities in Germany and a table per each one to compare prices with those in Berlin.

The city of Bielefield is located in the northeast region of the state of North Rhine-Westphalia and has a population of around 350,000 citizens. Living here comes at an affordable price.

Rent is the highest of your financial concerns, but in this city is not of a big deal. In the present, a one-bedroom apartment in the monthly rent for a one-bedroom apartment in the city center costs €460 on average. With a bit of luck, you can find something in downtown areas with €400 per month. Normally, in peripheral areas, you can easily find such apartments at a rent price ranging between €200 and €450.

In Bielefeld, there are many good restaurants around where you can have a meal at an affordable price. On average, a meal for a single person in an inexpensive restaurant will cost you €10 whereas for two the bill can climb up to €50. If you decide to have a beer or a cup of cappuccino you will have to add €3.50, respectively €2.70 to your pay.

The city of Frankfurt lies in the banks of the Oder’s river and its located in East Germany near the Polish border. According to the most up-to-date demographic records, more than 60,000 people live in an area of around 150 kilometres square.

Utilities will have a significant impact on your monthly spendings. On average, you’re going to pay around €410 for utilities each month in Frankfurt (Oder). If you manage to save electricity, water use and other utilities you can reduce its cost to around €225.

Frankfurt is especially good for its cheap restaurant. In an inexpensive restaurant, you can have a meal for a single person at a price of €8 on average. And if you decide to have a beer with your friends, which is inevitable while in Germany, then you will have to pay on average €3.10 for a domestic beer and €2.85 for an imported beer.

Located in the central part of Germany, Halle is home to around 240,000 residents and it covers an area of 135 kilometres square. Aside from being a city which will astonish you with its unique Renessaince view the cost of living in this area is quite affordable.

Utility bills range somewhere between €85 and €340. That said, you will have to pay on average €195 for monthly utilities.

All over the place, there are many good restaurants where you can have a delicious meal, all at a reasonable price. If you decide to have a meal for a single person in an inexpensive restaurant, then you will pay on average €10. In addition, you can drink a cup of cappuccino for €2.70 on average or a bottle of beer for €3.50.

Krefeld is a city in the state of North Rhine-Westphalia near the city of Dusseldorf. Based on some approximate demographic records, Krefeld has a population of 230,000, spread across an area of 137 kilometres square.

Krefeld is an affordable place to live in Germany. If you rent a one-bedroom in the city center you can have it with €450 per month on average. The cost of renting such apartment is relatively smaller if you look at the periphery of the city. On average, the monthly rent for a one-bedroom apartment located outside the center of Krefeld is €400.

If you need more space and you want to rent a larger apartment, then get ready to pay more. The averaged rent cost of a three-bedroom apartment in the center of Krefeld is around €760, ranging between €400 and €1,100.

The monthly cost of utilities will account for €170 on average. With a bit of management in the place, you can save a lot of money at this point. The range of utility costs in Krefeld ranges between €50 and €250.

Passau is a small city located in southern Germany near the border with Austria. The city is often referred to as “The city of Three Rivers” because Danube, Inn and Ilz pass through its land. The most up-to-date records show that more than 50,000 people reside in this area.

Life is very affordable in this city. Rent, food, utilities all come at a relatively small price compared to most big cities in Germany. You can find a one-bedroom apartment in the city center of Passau for about €600 on average, while outside the center the cost is low around €340. The average monthly rent for three-bedroom apartments are higher; €1,050 in the city center and €700 in peripheral areas.

The cost of utilities in this part of Germany is very low. In Passau you will pay on average €75 for your monthly utility spendings. However, note that the cost of your utilities can easily increase up to €250.

If you enjoy eating outside, then Passau is a place to be because your wallet will still remain loaded. The cost of a meal for one person in an inexpensive restaurant will cost you on average €7. The same meal would cost you 12% more in Berlin. If you stop by a local bar you can have a beer for €2.80 or a bottle of water 0.33l for €1.25 or a cappuccino for €2.20.