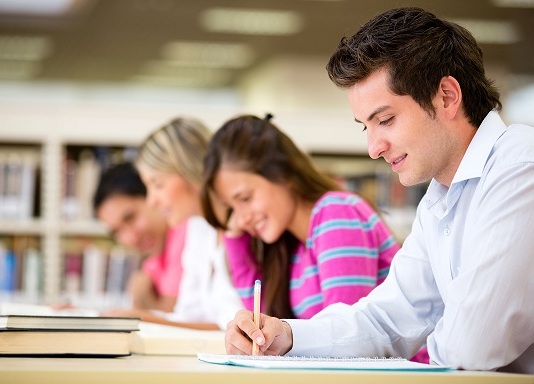 When applying for a degree at a German university it is almost one hundred percent sure that you’re going to submit your academic scores taken during previous education. In that case, your grades will be compared to the German grading system and then after it will be assessed if you meet specific entry requirements.

Imagine another uncomfortable situation. You sit an exam in a particular subject and you get a 1.5 score. So you’re left wondering how well you did and did you pass it at all?

These are only two main reasons why it is so important to properly understand the German grading system. You would not like to see your excitement about studying in Germany diminish right away when you’re told that your grades leave much to desire.

To avoid any of these embarrassing results, we’re going to help you to understand the German grading system in order for you to know what to aim for in terms of your grades.

Universities in Germany apply a 1 to 6 (or 5) point grading system to assess their students’ academic performance. 1 and 6 signify both extreme ends of your achievement. If you get 1 on your exam it means you successfully completed between 90 and 100% of your task. On the other hand, if you got 6 it means your performance has not satisfied the least minimum required to pass.

1.0  –  Excellent. You have successfully completed between 90 and 100% of the material required in the exam.

2.0  –  Overall very good. However, you need to work more in specific study areas.

3.0  –  Good. Your achievement is satisfying, but there is room for improvement.

5.0  –  Sufficient to pass the exam, but very poor otherwise.

6.0  –  Insufficient. You have shown insufficient knowledge to pass the exam you sat.

Note that there are some universities which use a 5 point grading scale to mark their students’ academic achievement. If that is the case with your chosen university in Germany, here’s what every grade means:

1 to 1.5 – Very good. You have successfully completed a major part of your exam, but there are some minor areas you must improve.

1.6 to 2.5 – Good. You have shown decent academic performance by correctly completing a considerable proportion of your exam.

2.6 to 3.5 – Satisfactory. Your performance was a bit more than sufficient and you need to work in several areas.

3.6 to 4.0 – Sufficient. You have reached the minimum score to pass the exam, but your performance leaves much to desire.

4.1 to 5 – Fail. Your performance lies behind the minimum score.

At this point, you must be aware of one important thing. The setting of grading system is a responsibility of individual federal states in Germany, therefore you might encounter some differences. On some occasions, the grading system may also change according to the university of your choice. It is also common for some universities to apply Provided that, we highly recommend you reach your university well on time to get genuine information over this issue.

As you can see there’s no equivalent of the “D” in the US grading system in the German grading system. In general, students with a mark of 3.0 or above in German universities are considered to be A or B students in the American grading system, whereas anything between 4.1 and 4.9 is a good academic standing.

What is the ECTS Grade?

The acronym ECTS stands for European Credit Transfer and Accumulation System. ECTS is a common European grading framework designed on the purpose of facilitating the academic exchange among EU countries.

The number of EU students who choose to study abroad elsewhere in the continent is high, and the interpretation of the national grading system often times changes depending on the university.  Thus, the need for such a mutual grading system has been inevitable.

ECTS enables higher education institutions throughout EU countries to easily assess and compare the academic scores of their EU students. That being said, keep in mind that ECTS is not developed to replace the corresponding grades at the German university you want to enroll, but to further ease the assessment of your actual academic credits.

Therefore,  ECTSs are optional and universities are allowed to use them in full compliance with their own grading policies. Usually, when applied, ECTS grades are given in a particular column in your grade transcript alongside national grades.

The table below shows grades in German higher education and their equivalents in the ECTS system.

How to Convert Your Grades Into The German Grading System?

There are different grades’ conversion formulas applied from German universities. For that we highly recommend you contact your university in person to check which method they use. One of the most commonly applied is the so-known “Modified Bavarian formula”.

Use this tool to convert your grades into the German grading system:

Your form has been submitted

Thank you %NAME% for taking the quiz/survey/feedback.
We have received your answers. You can view it anytime from this link below:
%TRACK_LINK%
We have also attached a copy of your submission.

We faced problems while connecting to the server or receiving data from the server. Please wait for a few seconds and try again.

If the problem persists, then check your internet connectivity. If all other sites open fine, then please contact the administrator of this website with the following information.

Some error has occured.