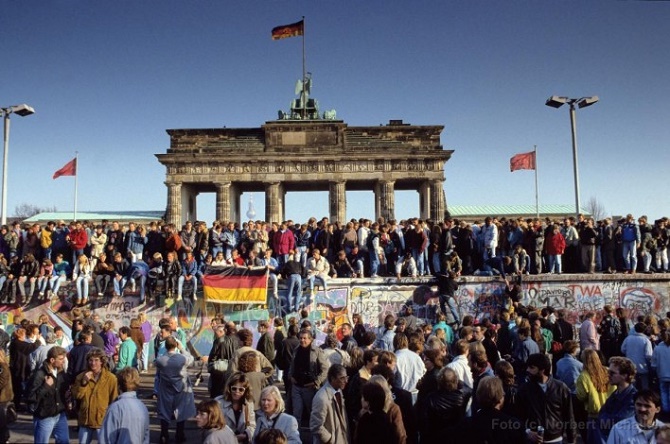 The German Unity Day is a national holiday commemorating the reunification, which occurred in 1990, where the former GDR (East Germany) joined the Federal Republic of Germany.

The fall of the Berlin Wall on November 9, 1989, paved the way towards this national big day. At first, this date was proposed to be the national German Unity Day as it remarked a huge step toward Germany’s unification.

Therefore, the unification treaty signed on September 20, 1990, declared 3 October as the official national holiday, ending the division of Germany.  It marks the dissolution of the GDR (East Germany), which in accordance with Article 23 of the German Basic Law, required the vote of the five eastern Bundesländer to join the Federal Republic of Germany as a speedy unification, which was considered vital during these economically unstable times.  In this way, October 3, 1990, marks the last East German government.

The celebrations also include many family-suitable activities:

Every year, a different German city hosts the national celebrations. Yet, Berlin always puts on a great big show “Burgerfest” that last for several days.

There are food and other cultural presentations from all German regions, many different political speeches, meals, concerts, and fireworks.

The official celebrations in 2016 will take place in Dresden with the tagline “Brücken bauen” – meaning bridge building.

It is one perfect long weekend for students to go out and enjoy these different cultural activities and presentations.

The atmosphere is always welcoming and safe – live it out!