Home Statistics and News For the first time, more than 10,000 US students came to study... 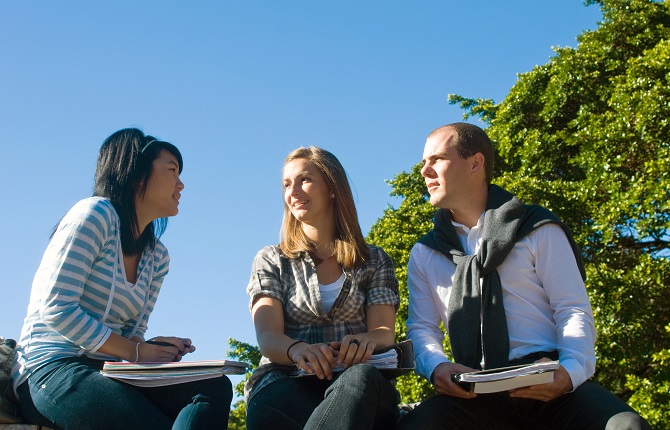 Germany has become increasingly attractive to students from the United States. Compared to the previous year, the number of Americans who came to Germany for study-related purposes in 2014 increased by nine percent. This amounted to a record-breaking 10,377 US students who completed a semester abroad, internship, summer school or language course in Germany.

The interest in studying in the US, however, continued to decline among Germans according to this year’s “Open Doors” report by the Institute of International Education (IIE).

“Germany’s growing appeal among US American students as a study destination underscores the performance and reputation of German universities,” said DAAD President Prof. Margret Wintermantel. “Numerous English-language master’s degree programmes have been established in recent years, which has made it even easier for foreign students to take up study in Germany.”

The number of American students who wish to pursue a university degree in Germany has been increasing for years.

According to the German Federal Statistical Office, a record 2,516 American students were enrolled in degree programmes in the winter semester 2013/14. This is equivalent to a six-percent increase from the previous year. Berlin (with 1,100 US students in the winter semester 2013/14) and Baden-Württemberg (859) are the most attractive study destinations in Germany. These regions are home to five of the six most popular universities among students from the United States: the Freie Universität and Humboldt Universität in Berlin (496 and 350 students respectively), and the Universities of Freiburg (185), Heidelberg (166) and Tübingen (152). The sixth most popular university is located in Bavaria: the LMU Munich with 154 American students.

In the other direction, German students are showing less interest in studying in the United States.

In the 2014/15 academic year, 5,983 German students were enrolled in a full degree programme at an American university – a twenty-percent decrease from 2008/09. A similar development was observed in short-term study-related visits in the United States: The IEE registered 4,210 such visits by German students in the 2014/15 academic year – fewer than the year before (4,316). This trend could be due to the enormous rise in tuition and living expenses in the United States in recent years, as well as the increasing appeal of studying in the European Higher Education Area.

The elite American universities, e.g. Harvard, Columbia, Stanford, Yale and the Massachusetts Institute of Technology (MIT), are among the most popular destinations for German students.