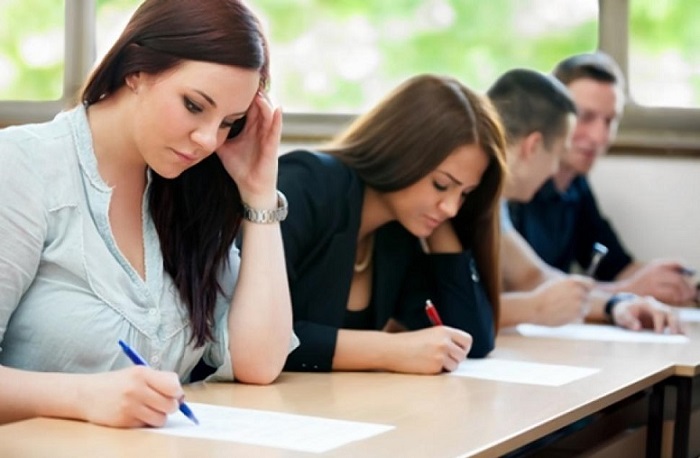 Why Do I Need to Prove My Foreign Language Skills When Applying for a Place at a German Higher Education?

Good command of German and/or English language is an essential factor for your overall success in your academic studies in Germany.

Teaching lessons at the German higher education institutions are primarily delivered in a German language.

There are also international academic studies available, which, due to their international format, tent to cover lessons in an English language. However, these programmes often come in a combination with teachings in a German or further foreign language.

For that reason, higher education providers in Germany always require from their foreign study applicants, to prove that they’ve an acknowledged language certificate for attesting their competence in such foreign languages.

Which Are the German Language Requirements for University Studies in Germany?

You cannot participate in an academic study course in Germany, without a sufficient command in German if such a study course covers lessons entirely or partially taught in a country’s native language.

To participate in a Bachelor study programme in Germany taught in German language, you must attest that you’ve skills in such language of minimum C1 level of CEFR or DSH II.

Participation in a Master’s German study programme requires knowledge of the German language of a DSH I or DSH II level.

There are no common German language requirements, you may encounter as a foreign candidate for a doctoral study degree in Germany.

German language requirements for taking up a Doctoral study course in Germany are autonomously regulated by admission regulations of the respective educational provider.

Which Are the Accepted Certificates to Prove German Language Skills for University Studies in Germany?

Top Recognized Certificates by German Higher Education Institutions, as a Proof of German Language Proficiency of c1 Level of CEFR Are:

Further Recognized Certificates as a Proof of German Language Are:

Accepted Language Certificates for a Study Course Requiring a German Language of Level DSH I Are:

Foreign Educational Certificates Through Which You May Get an Exemption from the German Language Requirement to Commence Academic Studies in Germany Are:

What Are the English Language Requirements for University Studies in Germany?

Studying for an international academic study programme in Germany suggests having a very good command of the English language, for a full participation in the lessons and other study course’s activities.

Every higher education institution in Germany has its own requirements as regards of non-English speakers’ language proficiency in English.

A non-international study program in Germany usually calls for a very basic command of English, or only a proficient German language.

Which Are the Recognized English Language Certificates for University Studies in Germany?

If you cannot prove your competence in German or English language by other educational certificates, you must sit a language test to obtain a recognized certificate of the respective language.

What Is The DSH Test?

“A Deutsche Sprachprüfung für den Hochschulzugang (DSH) test” stands for a standardized language examination that examines your German language competencies as a foreigner taking up a study course with a German as a language of instruction.

Test DSH Certificate (Level II – III) is the top accepted certificate by the Germany higher education institutions, as a proof of German language proficiency for admission in studies.

DSH Test is comprised of 2 sections:

See for more at the official webpage of the DSH Test.

What Is a TestDaF?

“TestDaF” it’s a uniform examination that evaluates German language command, of foreigner’s applying for a study place in a higher education institution in Germany. TestDaF is founded and centrally maintained by the “TestDaF Institute” in Hagen, Germany. There are 80 foreign countries where you can find licensed TestDaF Centres.

TestDaF Certificate (4×4) is recognized by the most German higher educations, as a proof of German language skills.

TestDaF provides examinations and certificates for the 3-5 levels “Niveaustufe” in 4 sections, equal to the CEFR B2.1 – C1.3 levels:

See for more on the official webpage of the TestDaF.

What Is the Großes Deutsches Sprachdiplom (GDS) Test?

Despite in the Germany, a GDS test can be taken at any Goethe Institute center in a foreign country.

See for more on the official webpage of the Goethe-Institute.

What Is the Deutsches Sprachdiplom der Kultusministerkonferenz (DSD) Test?

“The German Language Diploma (DSD) of the Education Minister’s Conference” it’s an educational program offering certification of German language skills for non-native German speakers. The test requires prior participation in studies for certain years in a German language course.

You cannot partake in a DSD preparatory course, if you don’t have a command in the German language competence of at least EQF, A2 level.

DSD I Certificate it’s a certificate accepted as proof of German language proficiency, equivalent to B2/C1 CEFR levels for admission in a “Studienkolleg” in Germany.

The DSD examination has 4 sections:

See for more on the webpage of the Conference of Education Ministers.

What is a telc Test?

Telc test also offers certification in 9 other foreign languages, and for different uses.

Telc German C1 University certificate is commonly recognized as a proof of sufficient German skills for academic studies in Germany.

See for more at the telc language tests webpage.

What Is the TOEFL® Test?

TOEFL scores are commonly accepted amongst many worlds’ higher education institutions, as a proof of English language proficiency for enrollment in academic studies. Every institution has its own requirements regarding the minimum accepted TOEFL scores for admission.

The test consists of 4 parts, with total 120 available scores, distributed as follows:

TOEFL Scores are valid for no longer than 2 years.

What Is the IELTSTM Academic Test?

“IELTS Academic” is one of two IELTS tests evaluating non-native English speakers’ command in Academic English language for participation in an undergraduate or postgraduate course.

IELTS test results are commonly accepted by the German higher education as proof of English language proficiency for studying.

The test consists of 4 sections:

IELTS scores are not valid for more than 2 years.

See for more on the official IELTS webpage.

What Is the Cambridge English Test?

Cambridge English certificates are for the following levels of the English language proficiency:

See for more at the official webpage of the Cambridge Assessment.

What Is the UNIcert® Test?

For more you can see the official webpage of the UNIcert®.

What is the TOEIC® Test?

See for more on the official webpage of the TOEIC.